After many years of preparation work, it was possible to successfully perform the first uterine transplant in Germany in the fall of 2016. Two women, who have both had a transplant, have now given birth to a healthy child by cesarean section at the Department of Gynecology and Obstetrics at Tübingen University Hospital. The doctors delivered the first baby in March and a second followed in May.

As a result, the two mothers, Hanna M.* (25 years old) and Julia W.* (26), gave birth to the 15th and 17th children in the world, who have been born following a uterine transplant. The research scientists in Tübingen have therefore been able to fulfil the two women’s most fervent wish to give birth to their own biological child. As both women were born without a vagina and a womb, this seemed impossible. Professor Sara Brucker, Managing Medical Director of the Department of Gynecology and Obstetrics at Tübingen University Hospital, has been working for almost 20 years with women, who have ovaries, but lacked a vagina and the uterus during development in their own mother’s womb because of Mayer-Rokitansky-Küster-Hauser syndrome. Following the creation of a vagina, a so-called neovagina, as young women, it has now been possible to successfully transplant a uterus in three women in Germany. “I’m delighted that these young girls can feel like a woman with our help through creating the neovagina,” says the doctor and research scientist. “And now they finally can feel like to be a mother.”

Working with a multi-disciplinary team of medical specialists consisting of Professor Diethelm Wallwiener, the Medical Director of the University Department of Gynecology and Obstetrics, Professor Alfred Königsrainer, the Medical Director of the University Clinic for General, Visceral and Transplant Surgery, and Professor Silvio Nadalin, Head of the Transplant Center, Brucker transplanted the wombs during operations that lasted several hours; this took place with the help of the transplant team at the University Hospital in Gothenburg, Sweden.

Julia W. had her first menstrual period just six weeks after the operation – the first proof that the transplanted uterus was working. Once it had become clear that the womb had been accepted and no organ rejection had taken place (this was confirmed by many blood and tissue biopsies), her own egg, which had been previously fertilized by her husband’s sperm cells, was placed in her womb in the middle of 2018. Both the pregnancy and the delivery by cesarean in the 36th week of the pregnancy were normal without any non-standard symptoms. “Just like any other woman,” Brucker says. The little boy weighed almost 2200 grams at birth and was 45 cm long. “I can scarcely believe that I’m holding our little son in my arms. Our most fervent wish has been fulfilled,” says the delighted 26-year-old mother.

Because the pregnancy and birth went so well, the gynecologist believes that there is no reason why she should not become pregnant again. “However, we’ll remove the uterus again, at the latest after the second child.” Patients have to take immunosuppressive drugs to prevent organ rejection. For the woman’s benefit, this process should be restricted to the shortest possible period. “The suppression of the immune system, which is adapted during the pregnancy anyway, doesn’t pose any risk to the unborn child,” says transplant surgeon, Königsrainer. “We’ve had many years of experience in this field and this shows that the child’s immune system isn’t damaged in the mother’s womb. There is a global register with almost 20,000 children born from women who became pregnant after a kidney or liver transplant and received the same medication.” 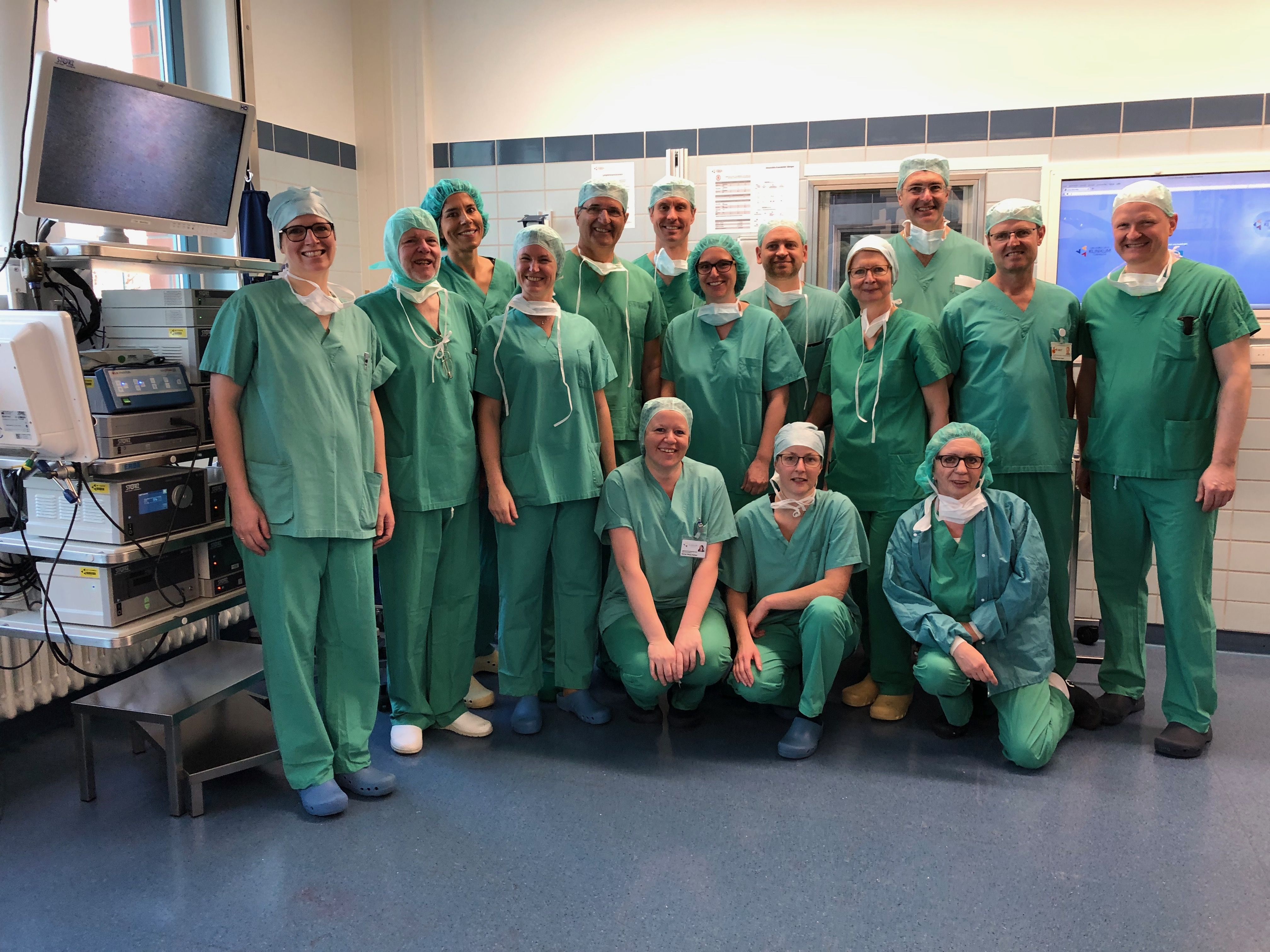 Brucker was a founder member of the International Society for Uterus Transplantation together with other researchers from all over the world in 2016. This society has launched a database to pool all the available information on transplants performed so far; the scientists meet once a year to exchange ideas and encourage public debate. After all, Brucker and her international colleagues want to fight for recognition of this process by society. “You don’t need a womb to stay alive – but it’s essential if you want to have children. The absence of this organ and the childlessness that follows can mean huge psychological suffering for the women concerned. As surrogate motherhood is not allowed in Germany, a womb transplant is the only way of bringing your own biological child into the world here,” she says, responding to her critics. More uterine transplants are planned for later this year in Tübingen.

*Names changed. Julia W. is the woman with the first transplanted uterus in Germany. She gave birth to the second child in Germany following a uterine transplant. In response to a personal request from Hanna M., we are not publishing any information on her transplant, pregnancy or birth. Both mother and child are doing well.

Department of Gynecology and Obstetrics – Research Institute for Women’s Health